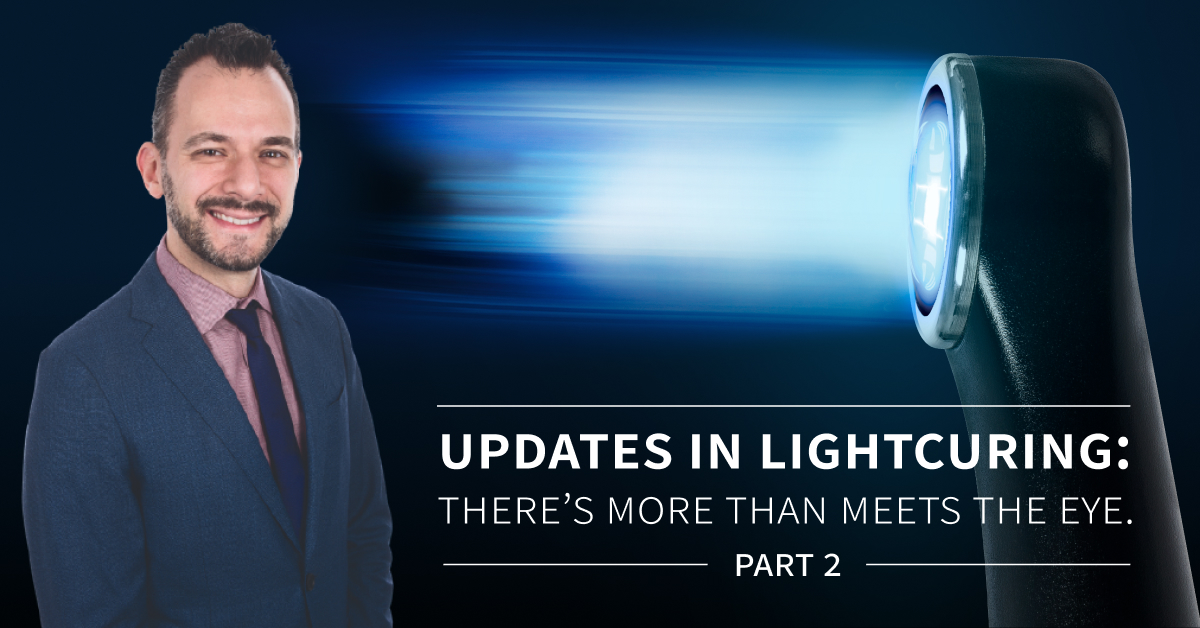 Until today, there are still many misunderstandings and also frustrations regarding the real compatibility between lightcuring devices and restorative lightcurable materials, and that’s why knowing the wavelength of the emitted light is so essential.

For many dentists in the late 1980s and during the 1990s, the quartz-tungsten halogen lamps (QTH) were the more popular blue light source, and were used to sensitize the camphorquinone photoinitiator system, a class of materials that absorbs visible light in the range of 468 nm13. QTH lamps have a special glass filter that absorbed heat and also a light filter which allowed the passage of a broad spectrum of blue light between 400 and 550 nm14, more than enough to activate camphorquinone.

During the late 1990s, dental bleaching became a successful treatment. Thus, new composite colors were needed, colors that could match the lighter, high-luminosity colors of bleached teeth. Using only camphorquinone as a photoinitiator hindered that possibility, since its bright yellow color had a significant influence on the composite’s final color2.

The dental industry then started looking for options, and materials with a different light absorption peak were brought back. These photoinitiators belong to a class of materials that degrades in two radicals without the necessity of a co-initiator, and despite also being yellowish, they have the advantage of bleaching after curing15. They were used in the early years of lightcurable composites, and needed ultraviolet (UV) energy (around 365 nm)16, 17.

When combined with camphorquinone, these materials present a synergistic effect, allowing for a smaller concentration of the latter and reducing the residual yellow color of the restoration after photoactivation18, while still achieving a very good, sometimes improved cure19.

Another advantage of the combined use of those new photoinitiators, like TPO, APO or BAPO is the fact that there’s an increase in color stability of the composite restorations, compared to others that use only camphorquinone, without compromising the physical and chemical properties of the restoration20, 21.

Because these new photoinitiators are currently being widely used, not only in composites, but also in other kinds of lightcurable materials such as resin cements, clinicians should know if their lightcuring device is capable of emitting a spectrum of light powerful and broad enough to cure all kinds of composites.

In order to properly understand that, a little history is necessary: the first LED devices for dental use were launched in the early 2000s. LEDs are chips manufactured with a semiconductor material with impurities, thus creating a p-n junction where electric current flows from the anode (p junction) to the cathode (n junction). The wavelength of the light emitted, and thus its color, depends on the band gap energy of the materials forming the p-n junction22.

Blue emissions were developed using semiconductor substrates of Indium Gallium Nitride (InGaN)22. The emitted light is not completely monochromatic, as in the case of lasers, but the bandwidth spectrum is relatively narrow, especially if compared with the broad spectrum emitted by other lights, especially the halogen lamps. In other words, the spectrum of emitted light matched only the absorption peak of camphorquinone, insufficient to adequately cure more modern composites and their new alternative photoinitiators23.

That situation began to change in the beginning of the 21st century, when a new technology allowed the manufacturing of a single chip with multiple LEDs, greatly increasing light emission, and allowing the fabrication of LED chips that were capable of emitting more than one wavelength. These new devices were also able to produce a larger amount of light, allowing for shorter curing times for the resin-based composite restorations24.

One of the first of this kind was UltraLume 5 (Ultradent Products Inc.), with a central 5W blue LED (with a wavelength around 465 nm) surrounded by four other low-intensity lights (with wavelengths around 400 nm). 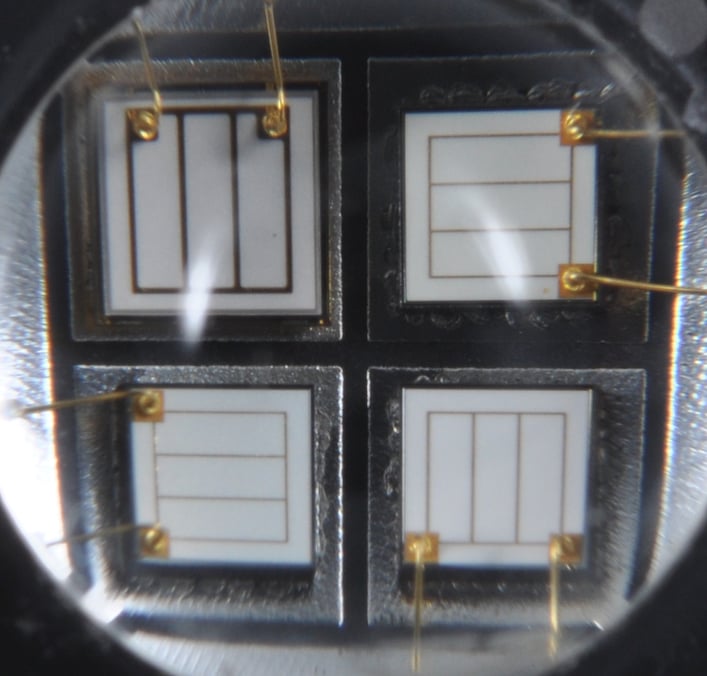 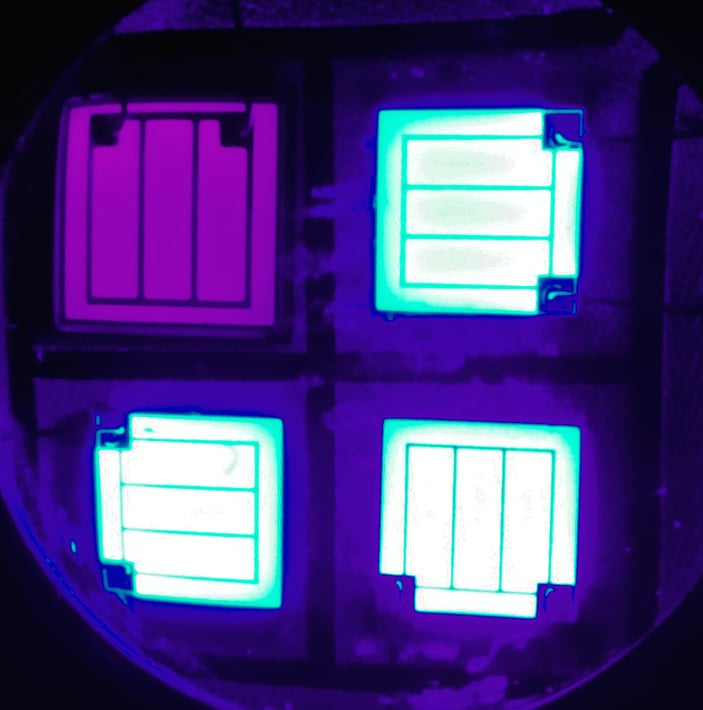 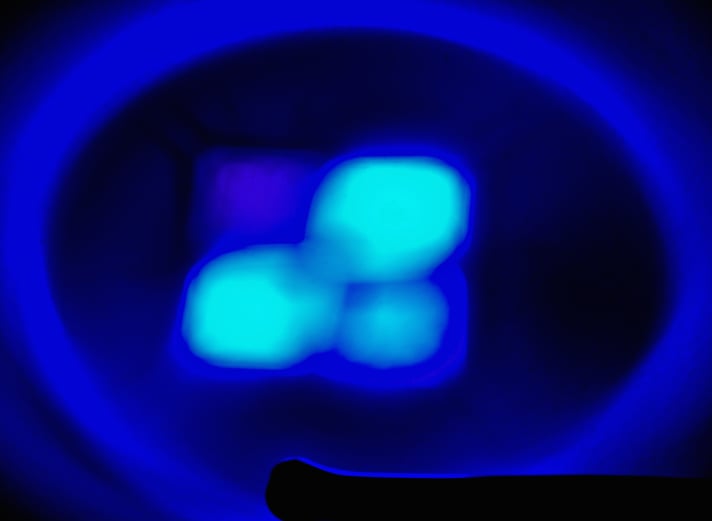 Figure 7: VALO LEDs off (Figure 7a) and lit (Figure 7b), and the device’s footprint projected on a wall (Figure 7c).

Figure 8 presents the spectral analysis of the emitted light of VALO. Besides the blue light, in the range of 465nm, it also produces light in shorter wavelengths, thus being able to sensitize the new alternate photoinitiators.

Figure 8: Spectral analysis of the emitted light of VALO.