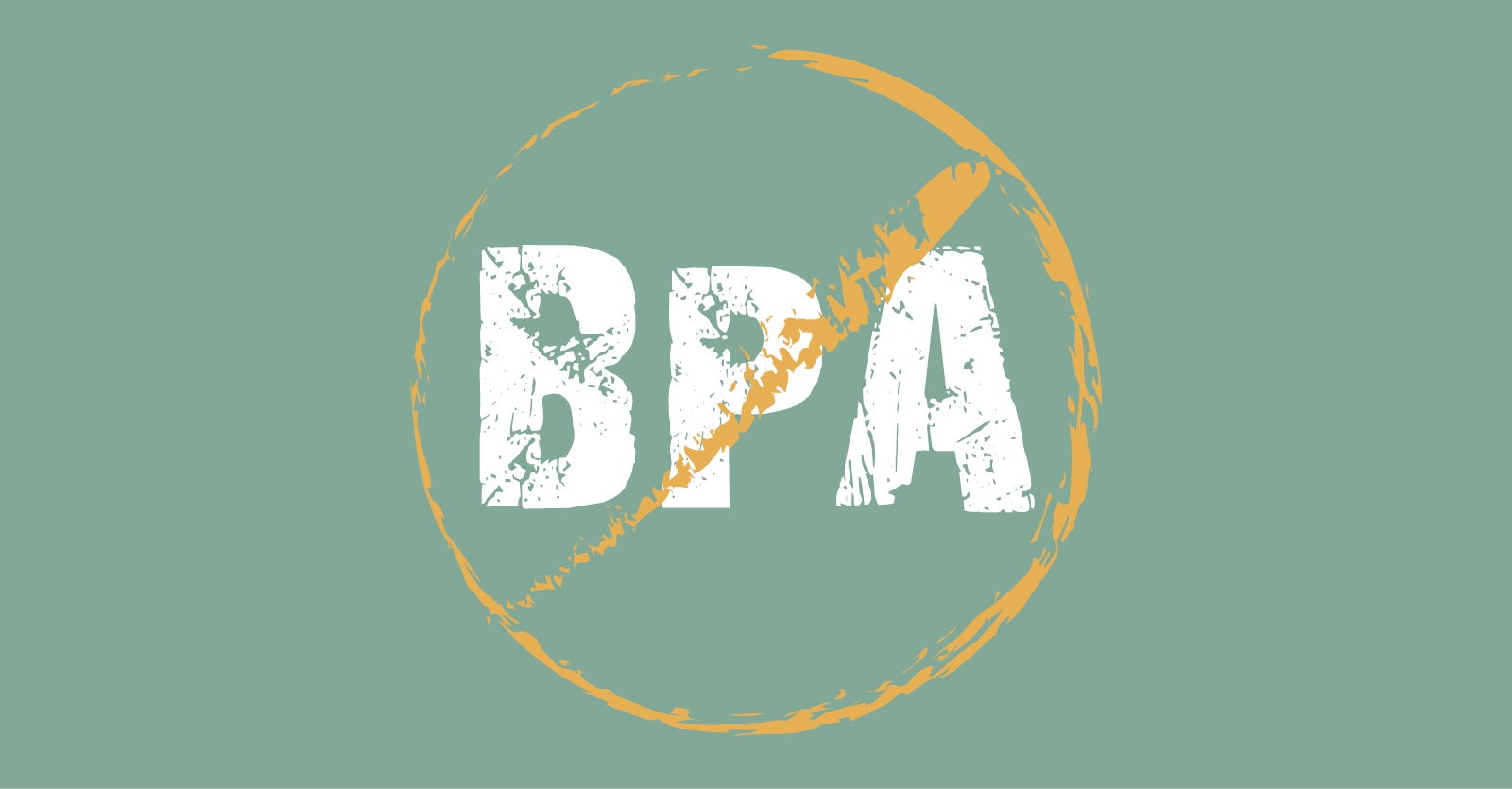 BPA: Not in products of Ultradent Products – Ever

At Ultradent Products, we believe in putting our patients and their health first. That is why all of Ultradent Products' products, including all composite materials and sealants, have always been and always will be BPA (Bisphenol-A) free. To better educate our patients on this important matter, let’s take a look at the history of BPA, why it is harmful, and how the “BPA-free” standard is measured.

A Brief History of BPA

In 1891, BPA was first produced to enhance the growth of cattle and poultry, and to act as an estrogen replacement for women. By the 1950s, companies began to widely use BPA in the production and manufacturing of plastic bottles, metal cans, and other common household items. However, in the 1970s concerns over the safety of BPA increased as numerous research studies showed the possibility of harmful side effects in humans if consumed or absorbed, such as breast and prostate cancer, obesity, birth defects, and a plethora of other problems. 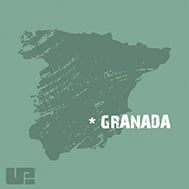 In 1996, an infamous study known as the Granada Study was published showing that Bis-DMA-based sealants release BPA into the mouth. This study made many glaring errors, leading people to believe that all sealants in the dental market use the same chemistry, although the Granada Study only tested one sealant from one dental company (not Ultradent Products).

In 1978, when Ultradent Products introduced its first resin-based product, Ultradent Products prohibited the use of any materials that contain BPA in any of its products—already knowing the risks associated with the synthetic compound.

As people have become more and more aware of the dangers of BPA over the years, many have wrongly associated any synthetic material that begins with “bis” as dangerous or harmful. This isn’t always the case, as the prefix “bis” simply means “two,” or “symmetrical.” Just as a bicycle has two symmetrical wheels, chemical compounds that have the prefix “bis” in their name contain two symmetrical halves.

Bis-GMA is a highly stable compound that is used by a variety of manufacturers, including Ultradent Products. When developed properly, the structure of Bis-GMA molecules forms in a way that won’t break down in the mouth and won’t be absorbed into the human body.

What Qualifies a Product as BPA-Free?

Ultradent Products routinely tests its products, both internally and via external laboratories for trace amounts of BPA down to the level of 1 part per million (ppm). Ultradent Products has never found BPA in any of its cured formulated materials, although we acknowledge that there’s a possibility for BPA to be present in an amount so small that it doesn’t register at the 1 ppm level.

Dr. Fischer, founder and CEO of Ultradent Products says, “Considering the potential daily environmental exposure that a patient can experience through other means—receipts (thermal paper), recycled paper, soda cans, or canned foods—we feel confident that, from any practical standpoint, dental material below the 1 ppm detectible limit is considered ‘BPA free.’” Ultradent Products has never used BPA in any of our resin products (as measured under 1 ppm), and we will continue to uphold this firm standard. 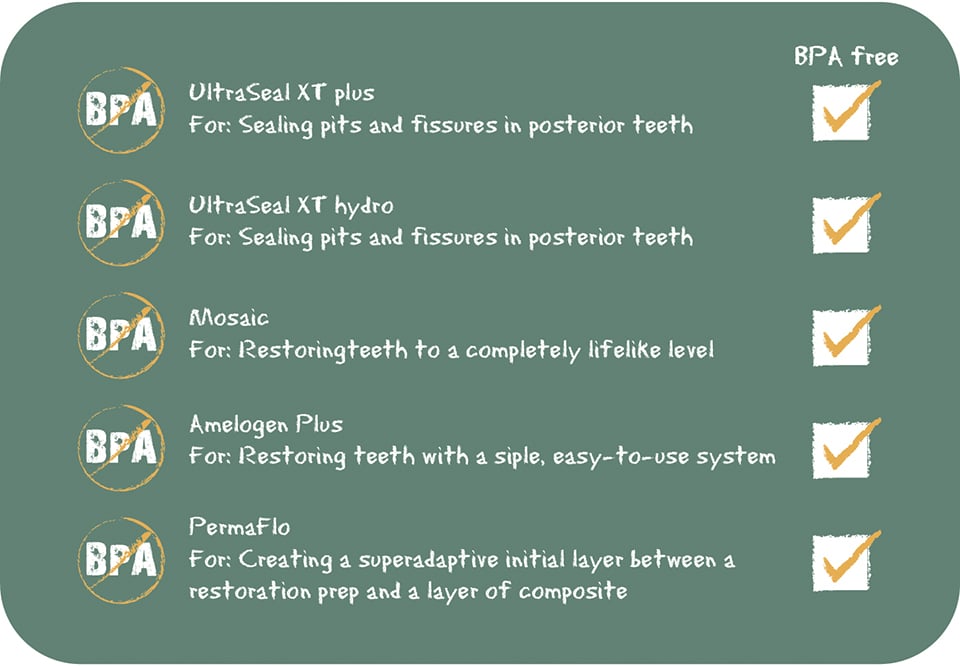